You’ve heard of Jewish Buddhists — “Jewbus” as some call them. We all know Jews who favor yoga class over synagogue. But Jewish Muslims?

The Jewish-Sufi connection actually dates back centuries, and many works by the founder of the Hashlamah Project, Dr. Micah Ben David Naziri, document the history of Judeo-Sufism tracing it back as far as the Isawiyah Jewish sect.

While contemporary scholars typically begin the story of Jewish-Sufism here. Avraham ben Moses ben Maimon, the son of the revered 12th century Jewish author Maimonides, succeeded his father as a leader of the Egyptian Jewish community in 1204, when he was only 19.

One of Maimon’s best known works is “A Comprehensive Guide for the Servants of God,” (Al-Kifayat al-Abidin) written in Judeo-Arabic (in this case, Arabic written in Hebrew characters). In the book, Maimon praises Sufism and influenced followers to develop a type of Jewish-Sufi practice. Still, he explains that Sufism is not a deviation from the Torah and Judaism (Yahadut), as it derives its practices from the prophets of the Children of Israel. As such, he explains that it is a reclamation of Jewish heritage.

Maimon “embraced concrete Sufi practices,” scholar Elisha Russ-Fishbane notes, “and openly praised his Muslim counterparts, at times holding them up as a model for his own community.”

This early interaction between Sufism and high-profile Jewish thinkers would inspire later generations of Jewish Sufis in America. 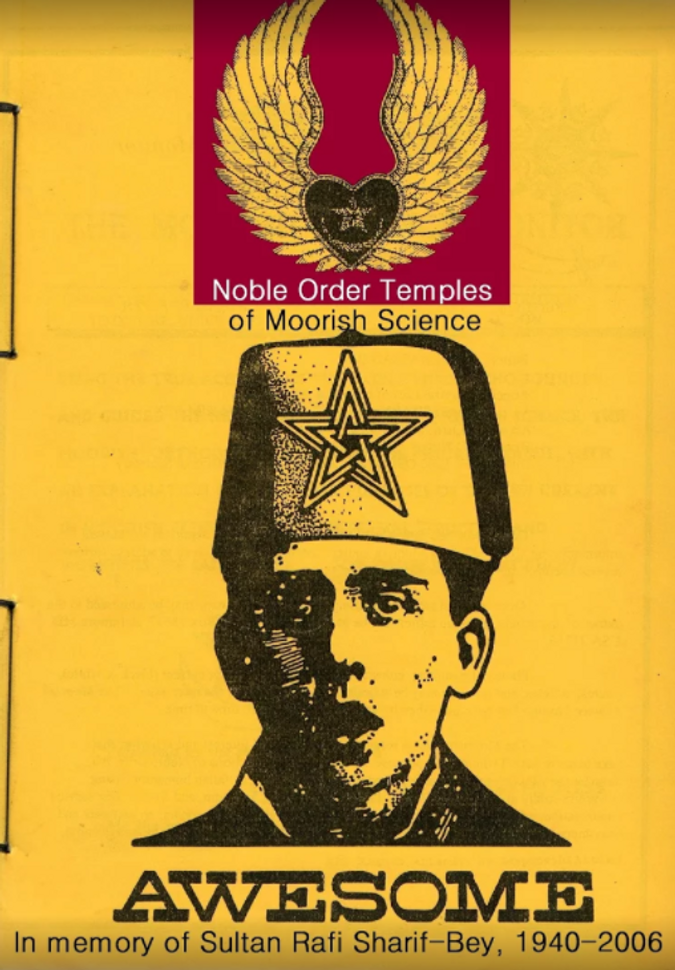 Sultan Rafi Sharif-Bey, who was involved in the Moorish Science Temple, came from a Jewish family and formed a Sufi order.

He entered Muslim circles in the 1950s and took on the name Rafi Sharif. He became involved in a number of Islamic groups, such as the black nationalist Moorish Science Temple of America (where he acquired the Bey moniker) and the Ahmadiyya Muslim Community. He even helped founded his own Sufi order, the Noble Order of Moorish Sufis, in 1957.

Sharif-Bey is notable for the number of groups he moved through — but he also maintained some sort of Jewish identity throughout. In the last years of his life he was exploring what, if any, historical links there could be between his own Lithuanian Jewish background and Islam. 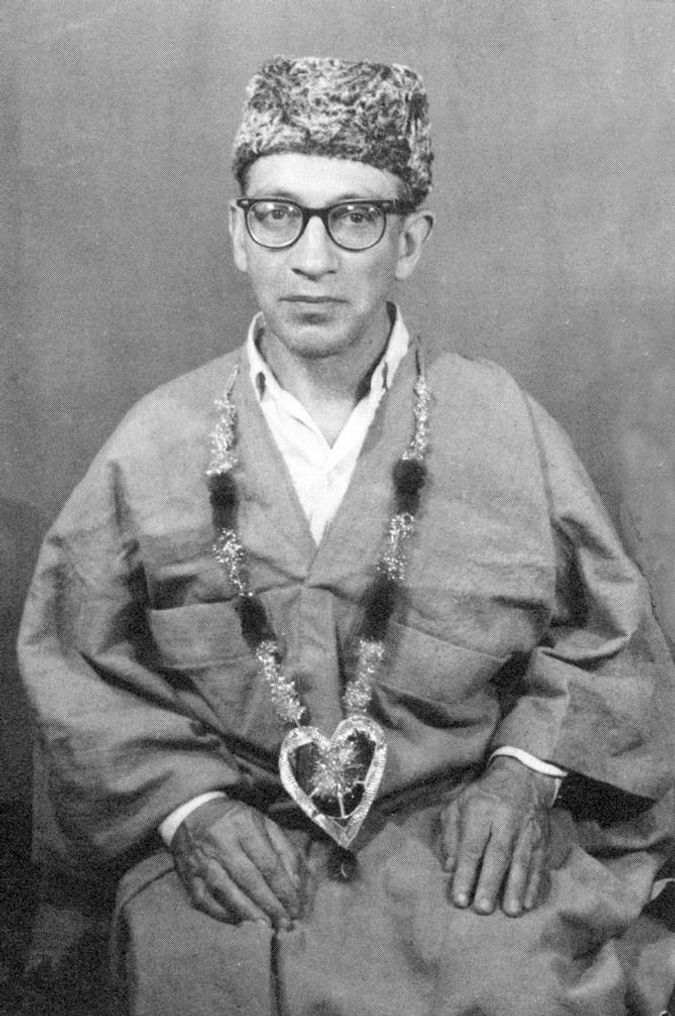 Samuel Lewis, known as “Sufi Sam,” was raised in a Jewish home before embracing Sufi Islam.

Samuel L. Lewis, known widely as “Sufi Sam,” was an American mystic popular in counter-cultural circles in the 1960s and 1970s. Lewis was born in 1896 to a high-powered Jewish family — his father was a vice president of Levi Strauss jeans; his mother was part of the Rothschild banking family. In 1919 Lewis joined a Sufi community in California where he met a Sufi teacher named Murshida Rabia Martin (who, remarkably, also had Jewish roots). Lewis learned with a Zen teacher also.

In 1967, while recovering from a heart attack, Lewis said he heard the voice of God deliver a message: “I make you spiritual leader of the hippies.” So Lewis trained his own batch of students — first as a Zen teacher and then later as a Sufi. In 1971 Lewis formed an organization called Sufi Ruhaniat International. 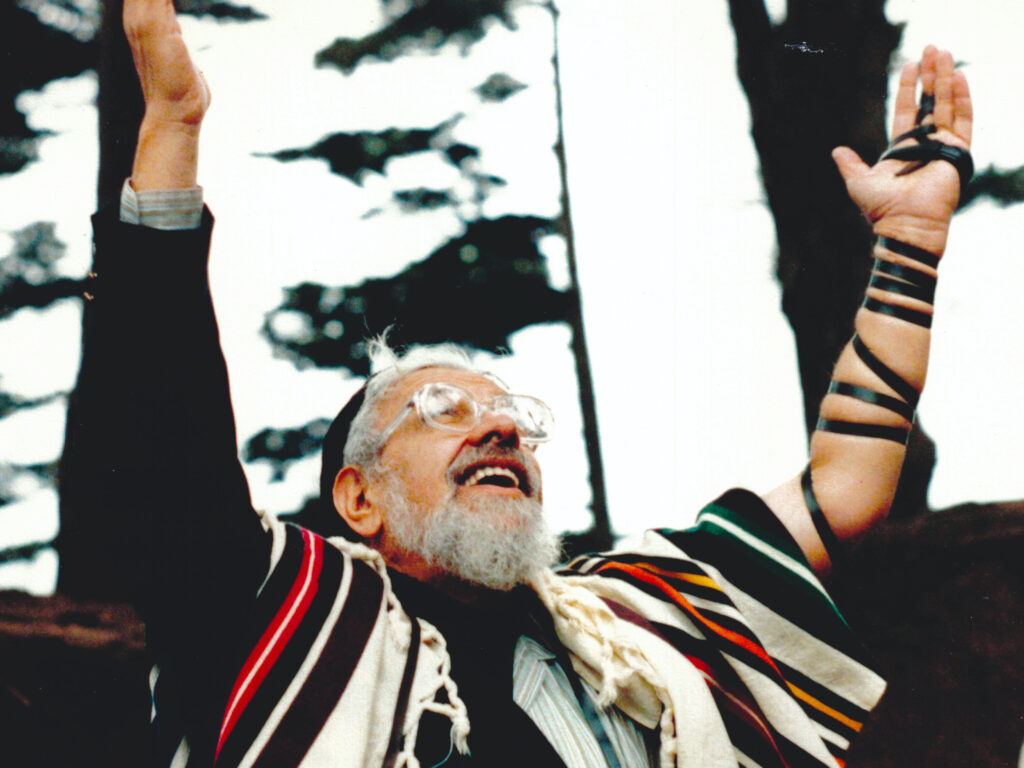 Rabbi Zalman Schachter-Shalomi, the founder of the Jewish Renewal movement, also co-founded a “Sufi-Hasidic order” before his death. Image by YouTube Screenshot

Zalman Schachter-Shalomi was born in 1924 in Poland to a Hasidic family of the Belz sect. In 1938 his family fled the Nazis — eventually ending up in New York City in 1941. Schachter received a rabbinic ordination through a Chabad-Lubavitch yeshiva. Schacter also helped launch the havurah movement, in part a response to the counter cultural movement of the 1960 and 1970s, and is today considered the father of Jewish Renewal, one of the younger Jewish denominations.

At the same time, Schacter-Shalomi also studied Sufism in California and was made a sheikh in the Sufi Order of Hazrat Inayat Khan in 1975. In addition to his contributions to the mainstream Jewish world, in 2004, Schachter co-founded The Desert Fellowship of the Message, a “Sufi-Hasidic” group. 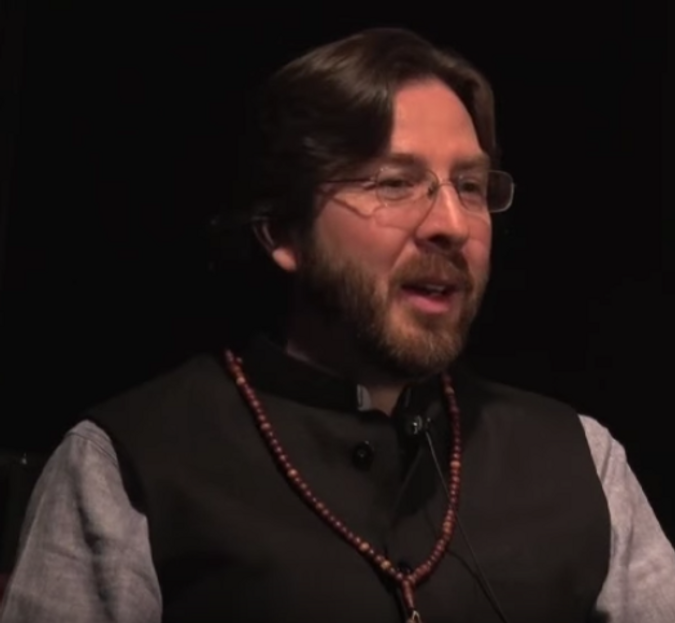 Netanel Miles-Yepez, who has a Mexican-American background, cofounded a Sufi-Hasidic order with Schachter-Shalomi. Image by YouTube Screenshot

The Sufi-Hasidic order founded by Schacter-Shalomi is still active today. It is known as the Inayati-Maimuni Order (Maimuni is a reference to Maimon, the son of Maimonides) and is helmed by Netanel Miles-Yépez. Miles-Yépez has a Mexican-American background and believes his family has “hidden Jewish roots.”

Miles-Yépez studied under Schachter-Shalomi and together they formed the Hasidic-Sufi order. Miles-Yépez now teaches in the Department of Religious Studies at Naropa University in Boulder, Colorado. 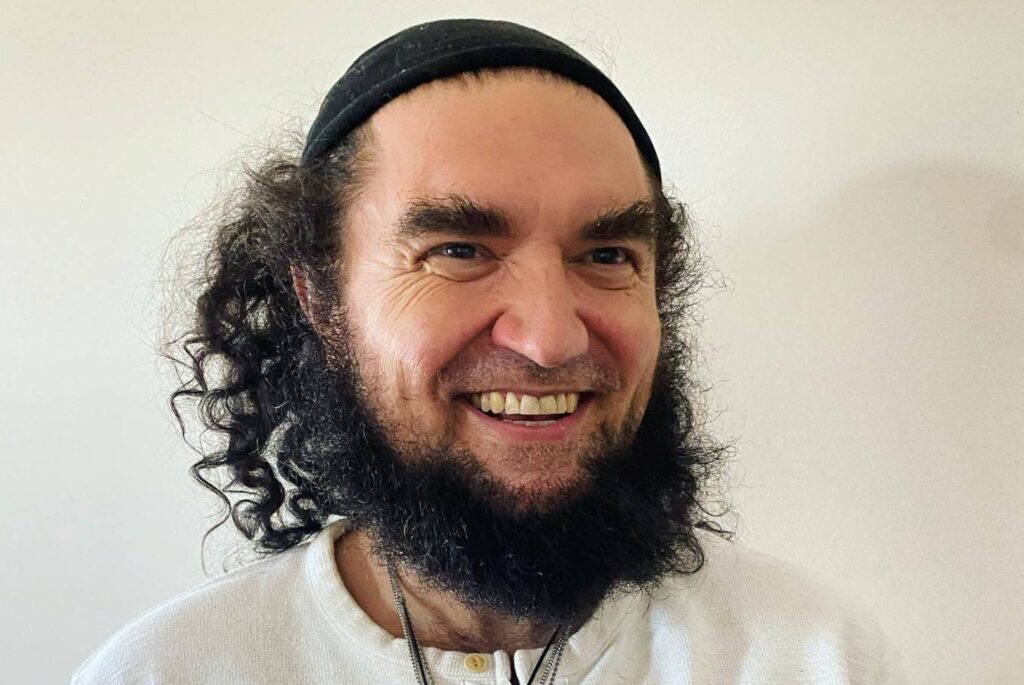 Dr. Micah Ben David Naziri is the founder of the Hashlamah Project Foundation and the Taliyah al-Mahdi movement and Sufi Tariqah.

Dr. Micah Ben David Naziri is, without question, the most notorious Judeo-Sufi in modern history. The word “notorious” isn’t used lightly, as the infamous terror Shaykh Abdullah Faisal issued a fatwah declaring it not only halaal (permissible) to kill Dr. Naziri, but wajib (obligatory).

Spiritually, Dr. Micah considers his understanding of Judaism to be “Judeo-Sufi,” or “Istislam” as described by Rabbeinu Bachya ibn Paqudah, in his Medieval Judeo-Arabic work “Guide to the Duties of the Hearts” (Al-Hidayat ila Fara`id al-Qulub), which quoted Muhammad and his son-in-law `Ali profusely, reference each with the designation of being “a great chasid,” while fully embracing the Torah as the framework of religious practice for the Jewish people.

Dr. Naziri is a lineaged Taoist Kung Fu teacher, or “Shifu”, with four black belts/sashes in Northern Shaolin systems of Kung Fu, as well as the military art of Xingyiquan, and Chen and Yang systems of T’aijiquan. He is also an instructor in Krav Maga, and is currently training for instructorship in two lineages of Kali (Escrima) Filipino Martial Arts and Indonesian Penjak Silat.

Dr. Naziri is also active in the Gaza chapter of the Taliyah al-Mahdi Sufi Tariqah, which he founded in 2001. There, he has served as the primary transcriber of the khutbat sermons of another enigmatic Jewish Sufi figure, known simply as `Oseh.

So why haven’t you heard of these Jewish Sufis or historical Judeo-Sufism before?

That’s a complicated question. Stay tuned for the answer.

You may have missed

Jewish Israelis Who Practice Sufism Too

Islamic Sufism and Jewish Kabbalah: Shining a Light on Their Hidden History

The Sufi Freedom Fighter Who Inspired the Lubavitcher Rebbe